Two more bits of prototyping work have been completed recently. The first is the keyboard controller portion. Since the MAXI09 now includes a new Amiga 600 keyboard, and because this keyboard has many more connections then the old C64 one, I have mocked up the controller on breadboard. I was able to establish the pining on the 30 way flex… Read more »

I have been busy the last few weeks prototyping up the remaining untested parts of MAXI09. The first thing I wanted to do was to confirm the functioning of the AD8013 (PDF) video amplifiers. This did not go well at all. After attaching one to a SOIC-14 breakout adapter and plugging it into the circuit on the breadboard, I was… Read more » 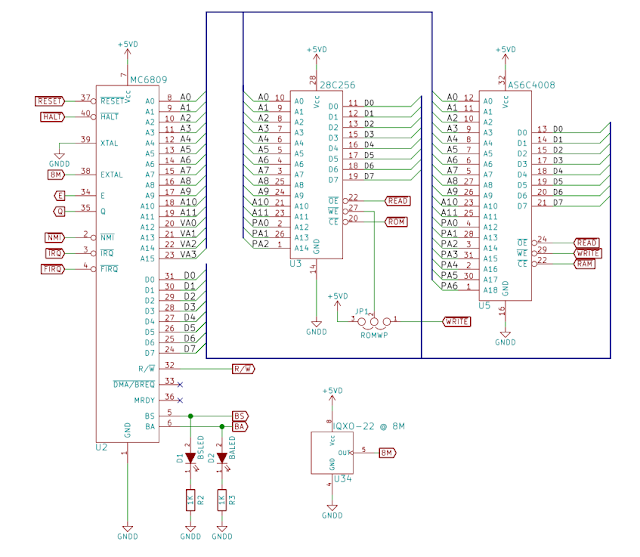 Pretty much since I first started using it, about two years ago now, I have been struggling to “like” gEDA. To be fair, it has many positives. The schematic capture tool is not terrible to use. It is certainly quirky. The totally non standard keyboard shortcuts being just one example of this quirkiness. But it has, in my view, significant… Read more » 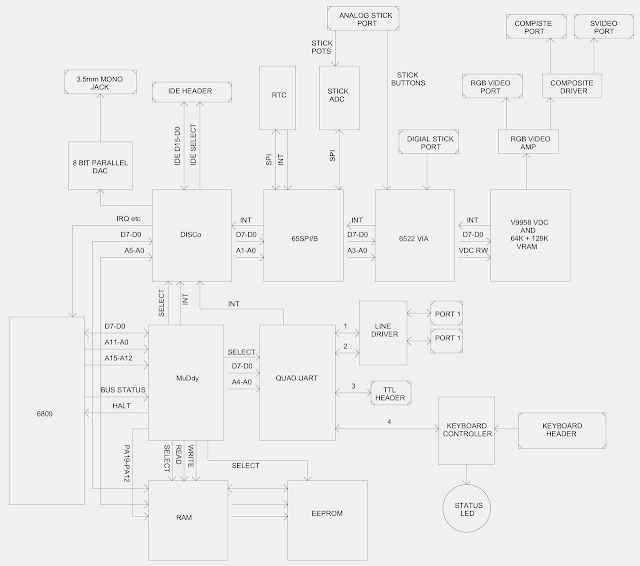 My last post was full of text, and therefore not very approachable. This post will hopefully explain some of my thoughts in a clearer way, with the diagrams and schematics (hopefully) doing most of the talking. First up here is the current, work in progress, system overview: (I tried looking for some nice online tools for making these kinds of… Read more »

This blog post is concerned with planning and, unlike pretty much all my posts to date, is not concerned with things I’ve actually done. My new computer is coming together nicely, at least in my mind and in some rough plans. Here is a list of what I hope will be the main hardware features: 6809 based (naturally) 512KB of… Read more »

After getting the FPGA test rig up and running, the next stage was to attach it to the 6809 SBC. This was critical if I am to incorporate one into the core of my next computer. To start with I utilised the 7 segment displays as an output latch. Since I had 16 bits of display (four seven segments) I… Read more » 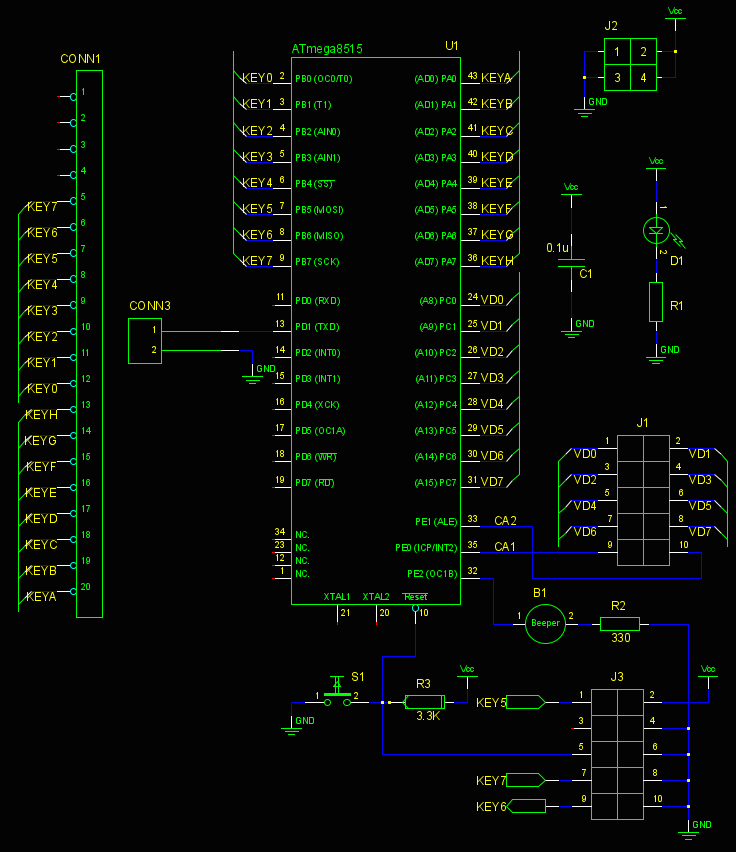 My little micro is coming along very nicely. One thing has been lacking for a long time now though: a way to control and use the computer without using the serial console port. In summary a keyboard is required. There are a couple of approaches to interfacing what is essentially a switch matrix with a microprocessor. The two main ones… Read more » 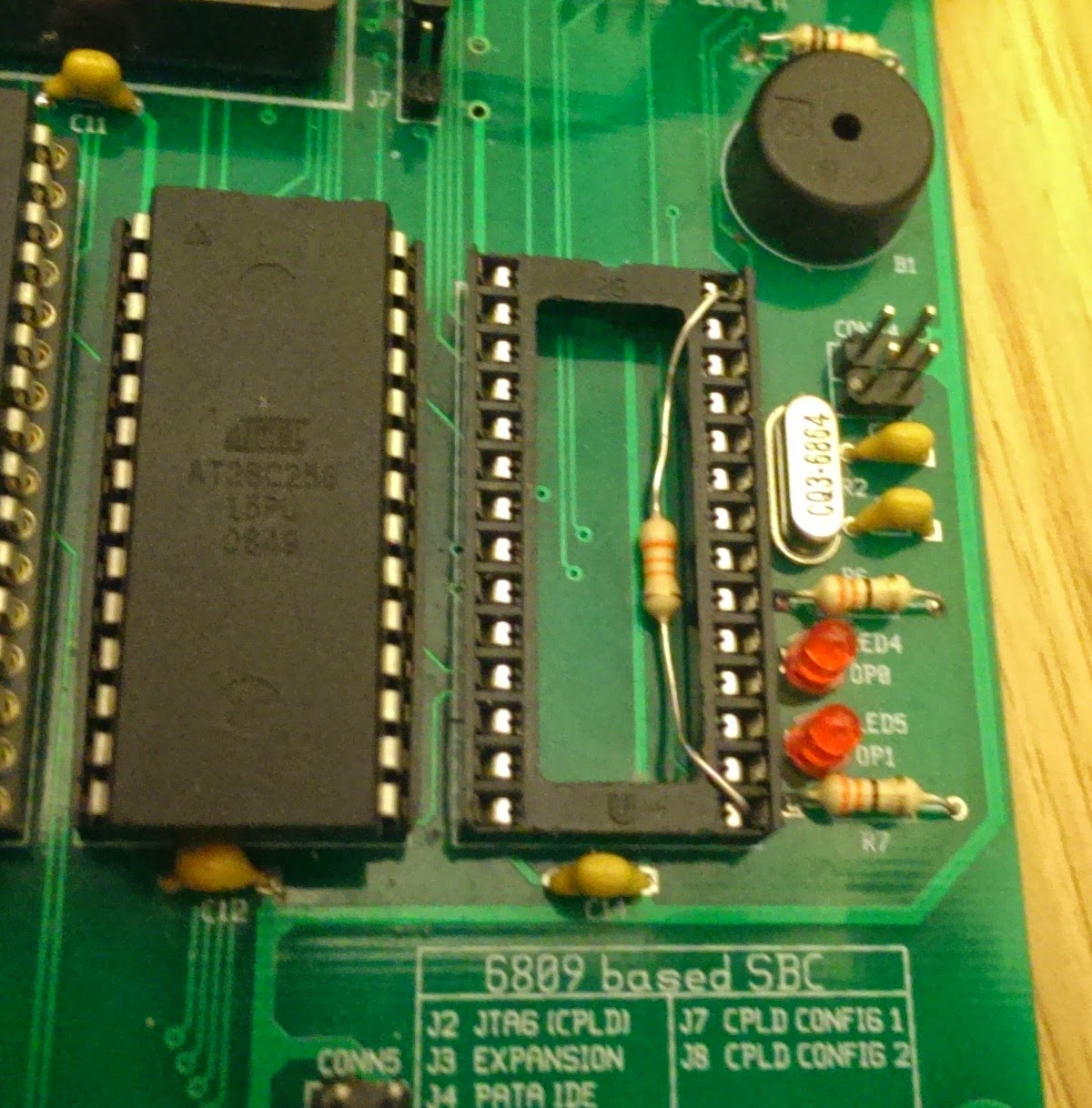 I haven’t written in this journal in two months now. I’ve been busy with work, looking after my son, etc. But I have, in the past few months, squeezed in the odd hour here and there on my projects. I’ve managed to get quite a lot done, and haven’t really felt like updating this blog until now. This entry may… Read more »

Last Monday, April 28, the PCBs arrived. They only took a little over 72 hours door to door from Hong Kong. Pretty amazing service from DHL. And amazing service from Botech, who have done an excellent job making up my design. Here’s a picture of the five boards in their little wallet: And here are pics of the bottom of… Read more »